Like the German Lichthäuser, Illumaison lanterns take local architecture and miniaturize it.  They light up recognizable buildings with a fairy-tale glow, and transform the familiar into the magical.  But the similarities are not just tissue-paper thin.  Illumaison lanterns share the German Christmas spirit by being handmade, natural, and supporting communities, not large corporations and soulless factories.

Although certainly unique, the Haitian Christmas lantern (fanal) is reminiscent of another traditional Christmas ornament, the German Lichthaus, or Light House, in English.  As we travelled through Christmas markets from Amsterdam to Basel, we encountered handmade ornaments that shared the same spirit as the Illumaison fanaux.

The Lichthaus is a painted, ceramic miniature house, illuminated by a tea light.  Today, some of these are intended to be incense holders, and called Rauchhäuser (smoke houses auf  Englisch).  Either way, as “light houses” or dispensers of sacred smoke, these reproductions of typical houses or distinctive civic and religious buildings are meant to evoke a special ambience.  It is magical to see familiar buildings miniaturized and made to look like components of a fairy tale village.

Whether part of a Christmas village under the tree or as a display in the front window, miniature houses are also a tradition that exists in the United Kingdom and North America. The German Lichthäuser, however,  are signature half-timbered houses, representing the special architecture of Germany.  Akin to English Tudor, and going back at least as far as the Middle Ages, the Fachwerk style uses timber as structural support. The exposed wood forms different decorative geometrical patterns.

The tradition spread north to Holland and even as far as Lithuania. My guess is that they made it to all parts of the former Hanseatic League.  We encountered our first tea light houses in Holland, made by Delft Blue, the famous producer of porcelain china with a distinctive blue and white color palette. These are hand painted ceramic representations of the narrow, high townhouses to be found in Amsterdam and other Dutch cities.  To purchase one, try Heinen Delftware at Amsterdam Centraal train station and Heinen Delfts Blauw, nearby at Damrak 65. 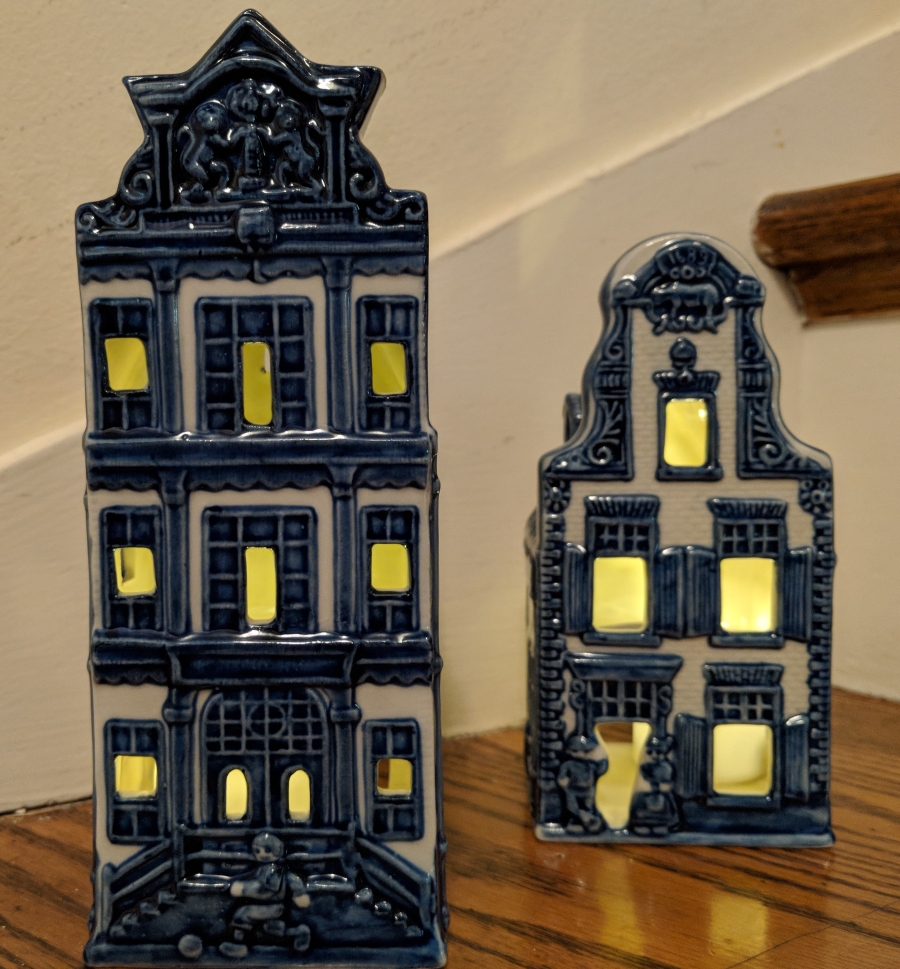 For a very special shopping experience, take a fifteen-minute train ride from Amsterdam Centraal to the gift shops in the village of Zaanse, a storybook town with working windmills and houses all painted in racing and Kelly green. Once you arrive at the station, follow the crowd to the seaside village.  The small, wooden houses of Zaanse seem as if they could fit under a Christmas tree or on a mantle. 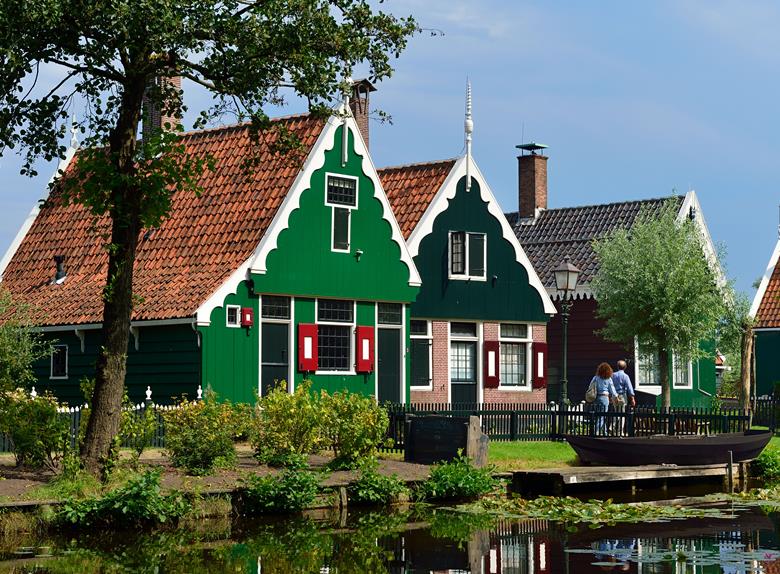 Although many of the tealight houses that you will come across at the Christmas markets in Germany are made by just a few companies, most are still handmade.  Ask your vendor, but if you want to be certain, the handmade ones usually have a number on them, and the word for “handmade” is handarbeit. One such family company, Leyk Lichthaüser, began out of Ursula Leyk’s efforts to entertain herself while on maternity leave in 1983.  Ursula designed the houses out of clay from miniature ones to larger ones in which her child could put tiny furniture.  Her designs include an impressive array of houses, ranging from colorful Fachwerk (half-timbered) houses to larger local municipal buildings, depending on the Christmas market where you find them. 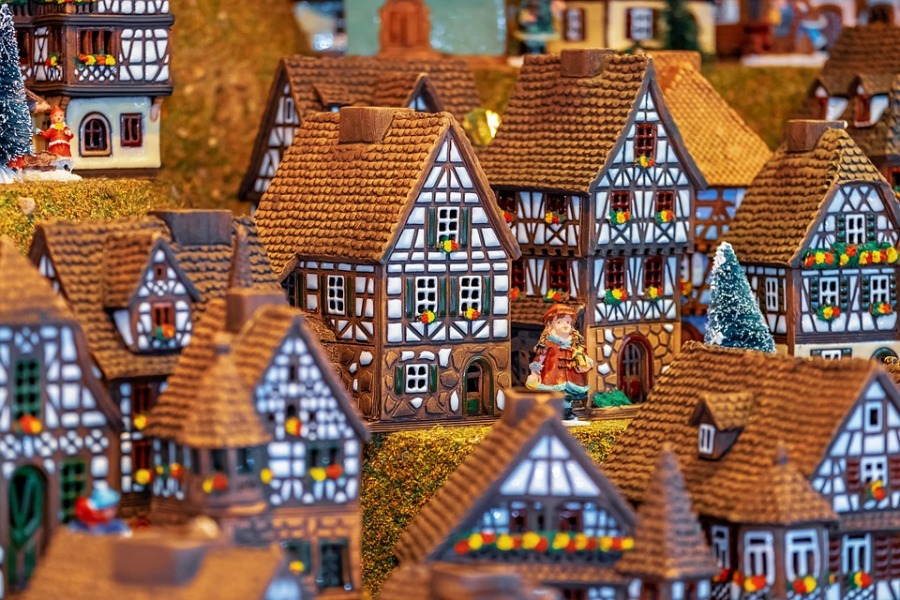 In Basel, at the Münsterplatz Christmas Market, there is a Tonhaus Schlünzen stall, which has Swiss-made light and incense houses created to look like Swiss chalets and local city halls, city gates, and castles.  Many of these handwork companies, founded no more than forty years ago, claim to be the first to have produced the tea-light houses, but the tradition goes back centuries. 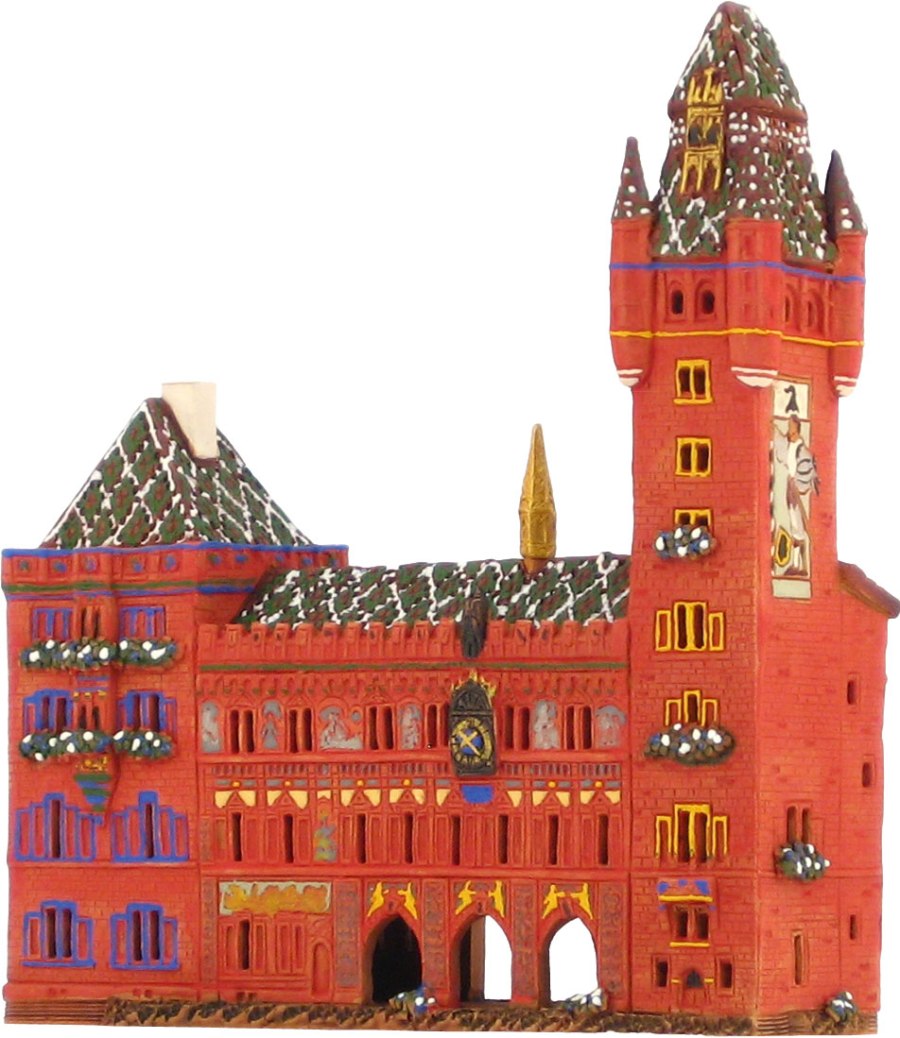 Lichthäuser are to be found in many of the cities that were once part of the Hanseatic League.  The painted houses are seen at Christmas as far north as Lithuania, fashioned after their own traditional architectural styles, and exported by companies such as Lumodomo and Midene.  You may find some of these Lithuanian houses as far south as Basel, Switzerland. 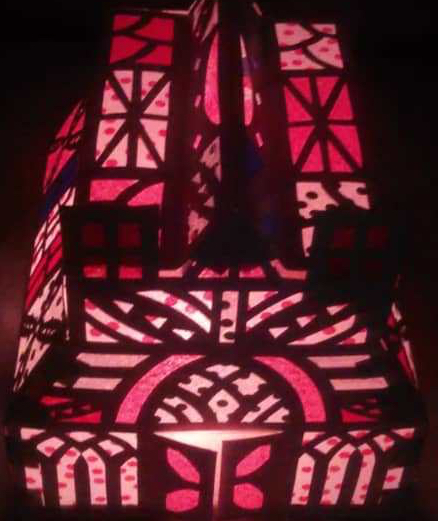 View all posts by author